Want to trick your kiddos on April Fool's Day? How about some "breakfast" for dessert?! Serve them an egg, with home fries and toast, then stand by to see their reactions!

1. Drain apricots/peaches and set aside.
2. Peel, core and dice apple, then put into a small bowl. Sprinkle apples with a little cinnamon and toss until lightly coated.
3. Slice pound cake and very lightly dust with cinnamon (this will give it the appearance of being toasted).
4. On a plate, put a scoop of vanilla pudding (we used one single serve pudding cup), spread out to look like the white of an egg.
5. Place half of an apricot/peach in the center of the pudding - like a sunny-side-up egg.
6. Arrange apples to look like "home fries" next to the "egg".
7. Cut pound cake slice diagonally so that it looks like toast, place that near the "egg" and "potatoes".
8. Serve immediately and have fun! 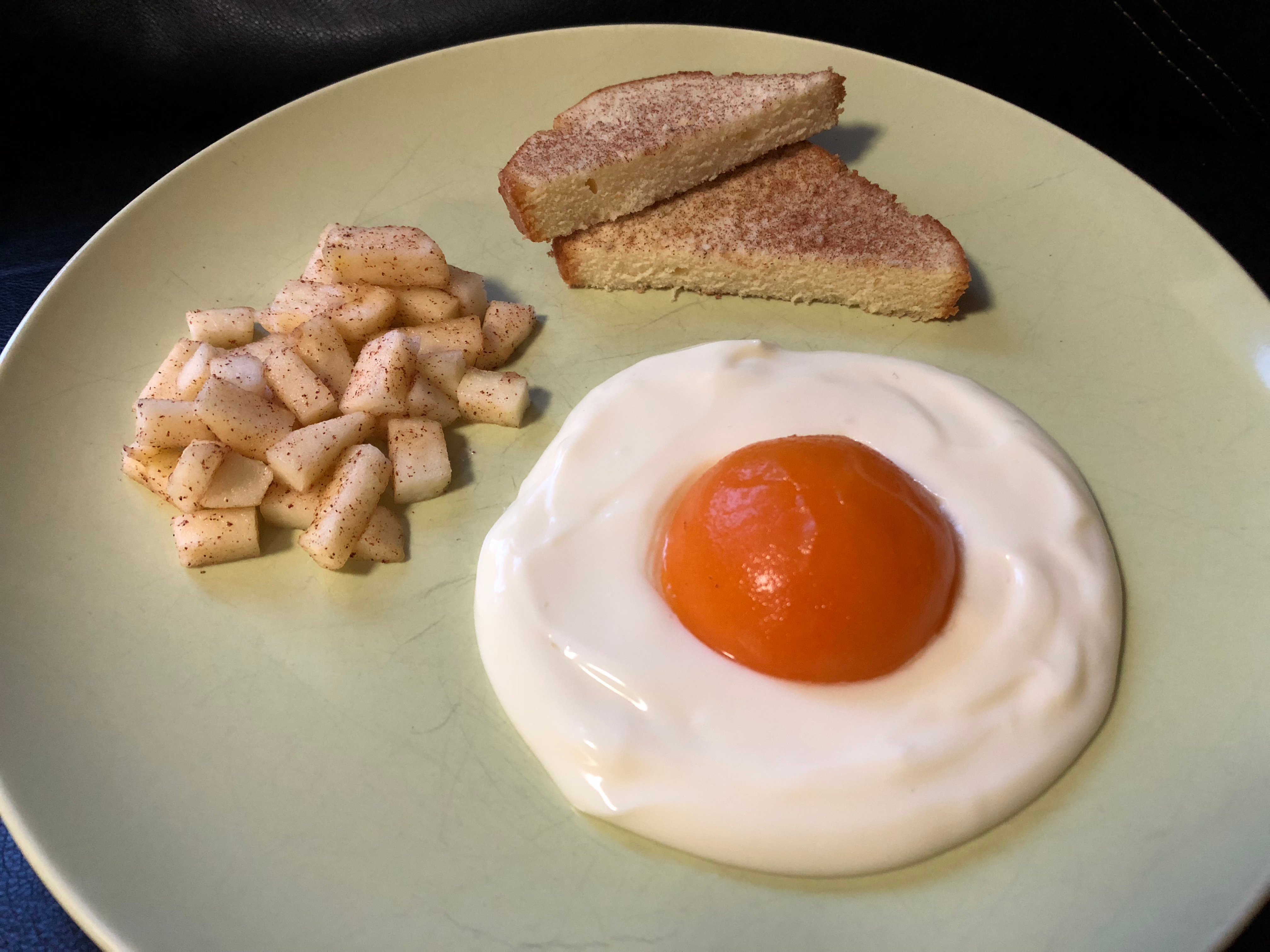